The History of Olives 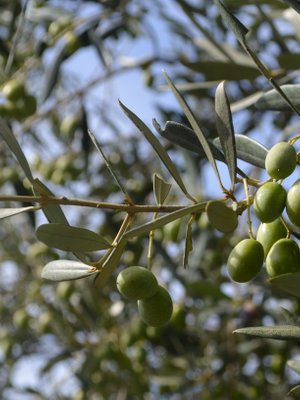 It is speculated that olives first appeared in Syria, Lebanon, or possibly Jordan.  It’s known that people began cultivating the olive tree about 7000 years ago. Olive pits have been discovered found in ancient tombs around the Levant, as well as fossilized olive wood fragments.

The desire to exploit the noble olive spread westward to Spain, Portugal, Italy, France and sub-Saharan Africa. Fossil evidence shows that olive trees grew in what’s now Italy and the eastern Mediterranean Basin 20 to 40 million years ago. Although the olive is now grown in California, Argentina, and other regions with the correct conditions of mild, rainy winters and hot summers, 95% of the world’s olives still come from the Mediterranean.

Ancient people soon learned to press oil out of the olive and use it for lighting. It took some good millennia to understand that the bitter olive could be tamed and made edible by leaching out its natural harshness, and fermenting it in salt.